Because I don't have to so I'm not going to

I'm in Africa in a hotel that has both air conditioning and WiFi. I think I'm dreaming. I might be dreaming because not only do I have air conditioning and WiFi, I have a whole day to myself with no commitments and nothing to do. So I'm not going to do anything. At. All. I'm going to waste an entire day on reading and napping and watching movies I've rented through iTunes. Yep. You read that right. Not only does this hotel have WiFi, but the connection is fast enough for me to download whole movies! It's like I've died and gone to TDY heaven. I might not ever leave this place.

You see, for those of you who are veteran travelers, you know that sometimes, staying in hotels overseas can be dicey. No, I know. The US has our fair share of sketchy motels, too. There was one we stayed in I think in Tennessee when Child 1 was a baby and the carpet was so gross, we couldn't let her roll around on the floor and she was so angry with us! Child 1 was very determined, even at 3 months. But back to the hotels, you see the problem with going TDY (temporary duty which usually means a business trip) is that you don't get to choose the hotel--the Regional Security Officer chooses the hotel and decides if it's "safe" which on this trip has meant one room with a door that didn't lock and a broken safe. Although this was the view from the room which I found fascinating and would have spent more time viewing if it weren't already 104 F outside and the air conditioning didn't work that well on account of the electricity always going off. And also there was no water. 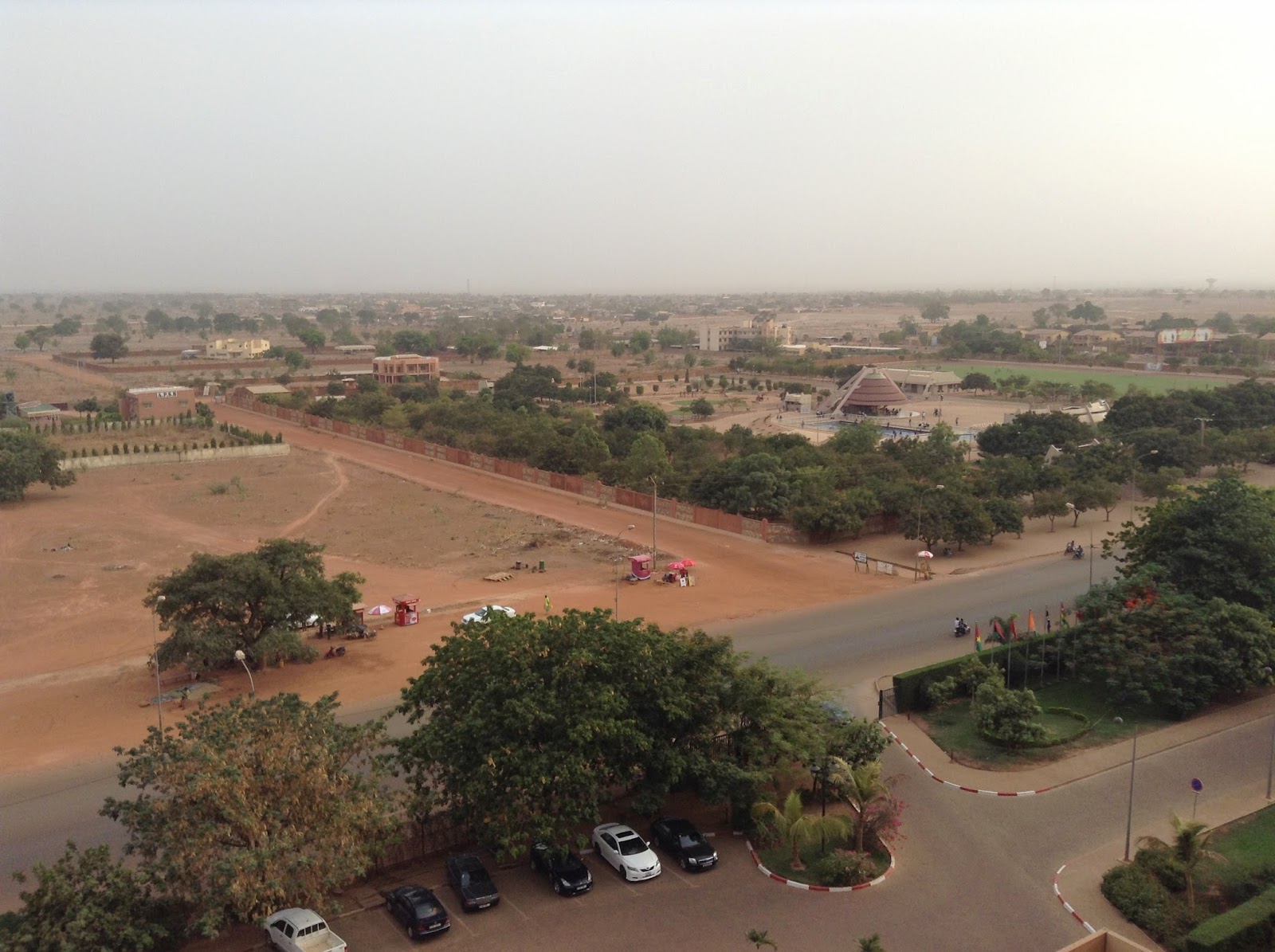 And then in another country, there was one room that was so disgusting I was afraid to take off my shoes and I refused to sleep with the disgusting blankets. Seriously I just googled "bad hotel rooms in Africa" and none of the photos were as awful as my hotel. And I won't even mention the fact that they tried to get me to switch to a different room that was cheaper. I said "No. That is not happening." Ugh. This was the bathroom, so I can't imagine what the cheaper room looked like. The photo simply doesn't do justice to the mildew growing in the shower. It's OK, though because there was no hot water so instead of using the disgusting shower, I just took sponge baths in the sink. With my own wash cloth because the towels were filthy, too. I'm a veteran Africa traveler and I ALWAYS bring my own wash cloths. And pillow, and shawl/blanket. 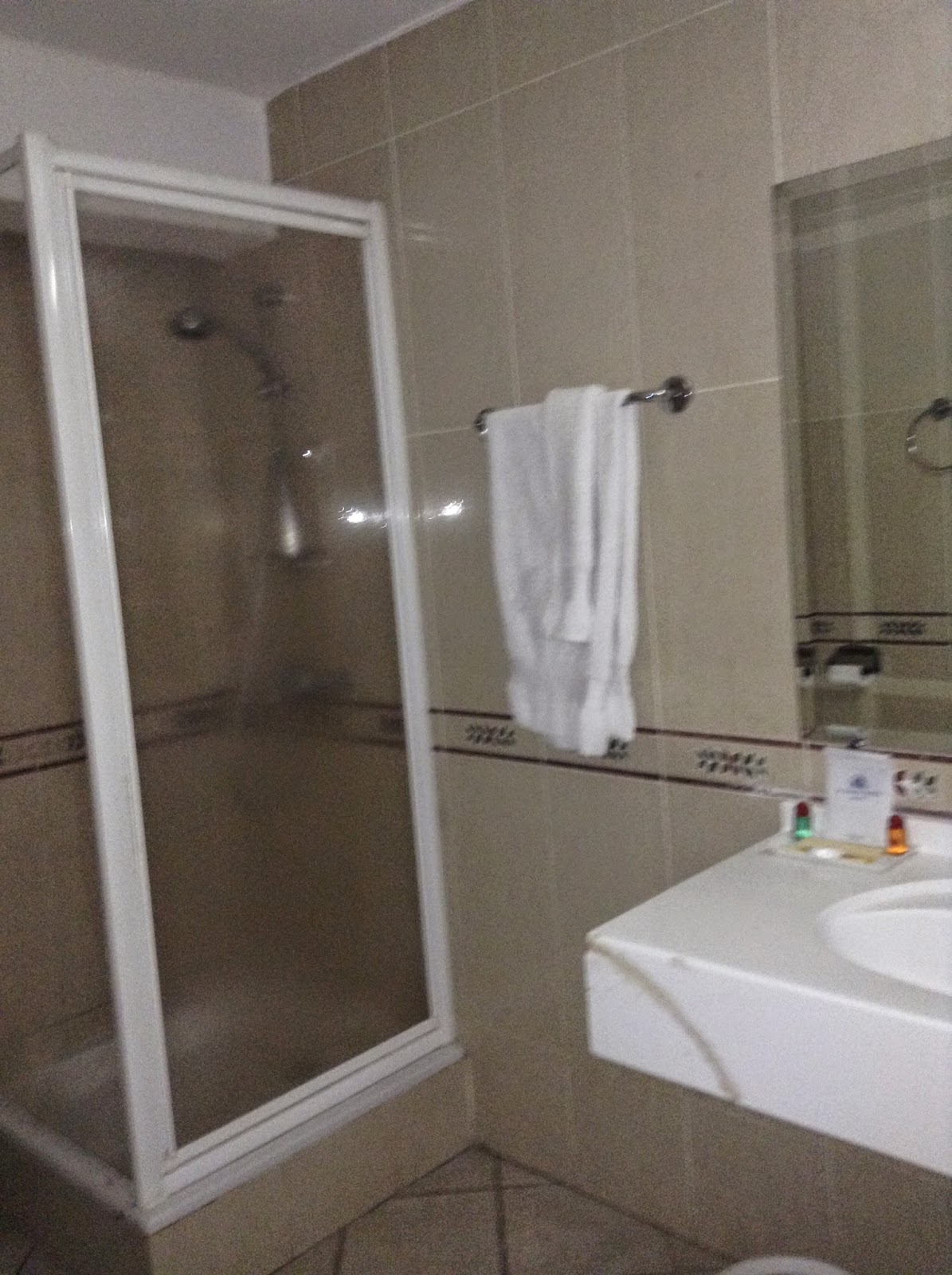 I'm fairly certain the RSO didn't actually go into my room when choosing the hotel, because the window didn't lock and it was on the 2nd floor and was just over a portico which even an old lady like me could have climbed on top of to get into the window.

But this particular hotel I'm in now is as lovely and charming as any bed and breakfast in Paris and it has a pool, a sweet little garden and good food. Also air conditioning that works and WiFi! So excuse me while I go take a nap because afternoon naps are the best thing ever and way, WAY better than a brownie. Even when I could eat brownies, if someone had asked me to choose, I would pick the nap every time. Really. Brownies are delicious, but a nap--a nap can save your life.
Posted by Jen at 7:58 AM No comments: