Child 2 is leaving me for college. We have planned for this day for many years, but I'm still a little bitter that the rewards of doing my job well is that I will no longer have that job. I put so, so many hours into playing Disney Princesses and watching Pokémon movies and singing Veggie Tales songs. And now, instead of a nice big fat bonus check, I get the privilege of paying about $90,000 so that she can leave me forever! Whose great idea was this because I'm pretty sure it wasn't an actual mother who thought that paying to send children away for university would be a good thing. Shouldn't the university pay me for the privilege of educating my beautiful, intelligent, and fun children?

But I'm so excited for her. She's at a great school in a great major AND we get in-state tuition, otherwise that figure would be closer to $300,000. The only bonus in this whole scenario is that at least she picked somewhere that I like to go where we have lots of friends and some family. Child 1 picked Hawaii (great choice) and Child 2 picked Virginia. Now all we have to do is get Child 3 to choose another great vacation spot and we're all set! I'm open for suggestions. I, myself, like Denmark or Australia. Is there a good university in the Bahamas? Listen, if I'm paying $100,000 it had better be a place I where I can enjoy watching my money go to meal plans that include Starbucks and Panda Express.

Before I dropped her off at school with approximately 1/2 of all the available goods in Target, Child 2 and I drove down to South Carolina with our friend Batman, and saw the total eclipse. 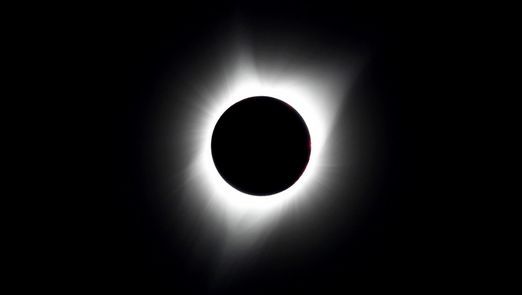 I know, I know. You are tired of hearing how amazing the eclipse was, but it truly was! There are a few things that you can see in real life that live up to the hype: a Hawaiian beach, the Taj Mahal, and a total solar eclipse are three of them. We were actually lucky enough to have purchased eclipse goggles and binoculars so that we could look at the partial without damaging our eyes. Child 1 says they made Child 2 look like a mad scientist, which is totally the reason I ordered those kind! Double duty, right? They looked not unlike this.

So not only did we see the eclipse with someone whom I believe actually may be Batman, but we looked crazy while doing it. So awesome!

I should now mention, in case you hadn't divined that from context, that we are all fine. The riots in India didn't affect Husband or the children. The burned train car only meant there were fewer people in Amritsar so they had a better view of the book at the Golden Temple and the Wagah Border crossing ceremony when they went this weekend. That's India and Pakistan shaking hands right there in the coolest border closing ceremony that has ever existed and I'm totally not exaggerating.

And I'm fairly certain my family in Texas is all fine since they are out of the path of the storm. I have not heard from Artemis since before the storm, but if she is not fine, then I will drive down and rescue her on Tuesday when I arrive in Texas. Artemis, let me know if you need me to bring a boat! (Update: just heard from Artemis and she evacuated to a place with delicious German food, but she hates German food so she is bored and hungry. Somebody send her some bulgogi!)

We've had a lot of near misses since we've been in the Foreign Service--disasters at a place we just left, earthquakes just one country over, riots on the other side of town. We've had a small number of actual emergencies as well--almost dying from e-coli, Husband caught in an explosion in Afghanistan, overnight currency invalidation that left us with almost zero cash to spend and no way to get more. But these are things we expect overseas. We practice for them and prepare go bags and fly away kits. I've called people on the phone in Libya to tell them to get to the dock because the evacuation boat is leaving. I've received frantic calls from parents whose children were missing after an earthquake in China. I've calmed people down who were convinced that the radiation leaking from a nuclear plant in Japan could make its way to South Korea and might harm them. Crisis management is part of my job, and I am pretty good at it.

What I don't expect are disasters at home, both natural and manmade. The photos of the flooding in Texas are frightening and sad and heartbreaking. I'm praying for all my loved ones and their loved ones who are affected. Texas is an awesome place full of people who care for each other and are willing to go out of their way to help strangers. I'm convinced that they will make it through this ordeal. This ABC News photo shows what they're up against, but Texans are tough and also fashionable. Look how awesome she looks while being rescued!

But what really scares me are Nazis marching by the hundreds in the state that I've called home for over 20 years. To quote Tina Fey, I've seen Raiders of the Lost Ark and I wasn't confused by it. Nazis are always bad. Did you know that if you are a Nazi, you can't get a visa to come to the United States? Seriously, it's right there in our law. Look it up. In fact, if you are a government official who participates in denying someone the right to practice religion today, you cannot get a visa. So the fact that my own countrymen would do something willingly that if they were not Americans would make them ineligible to even visit America--well, that hurts and angers me. "We hold these truths to be self-evident: that all men are created equal; that they are endowed by their Creator with certain unalienable rights; that among these are life, liberty, and the pursuit of happiness." That's not just a quaint saying--it's the belief that our country was founded upon. So I pledge to do my part to eradicate racism and religious intolerance. I pledge to be kind to people who are different from me and to learn about the history of Americans who were excluded by the Declaration of Independence when it was written (all men meant all white, land-owning men. People of color and women and indentured servants were not considered to have been created equal, in case you hadn't learned that in school.) I vow to remember that I can always learn something from anyone and that my experience is not universal. I promise to accept people of all faiths into my home and to be respectful of their beliefs. There are lots and lots of other things we can do, which I am too tired and sad to think of at the moment. So I invite y'all to join me and comment on things you will pledge to do to make sure that the word "American" is never used as a descriptor for "Nazi." If you do, that will be better than a brownie, by far.
Posted by Jen at 7:55 PM No comments: