Because who can resist peacock glitter?

Sooo much has happened since we moved to India that it's hard to find time to write about it.  Or to choose what is most important. Do I write about how we almost served raw turkey to our friends on Thanksgiving? Or how everyone at the Marine Corps Ball got food poisoning? Or my cough that won't go away? I can't decide! So here are some pictures of camels. 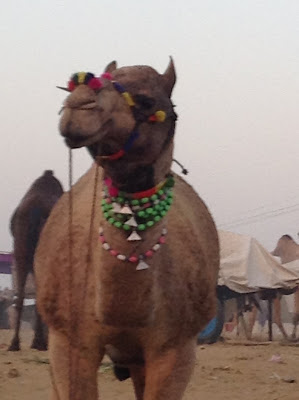 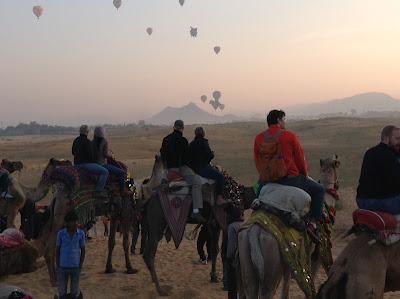 This one is actually a horse if you couldn't tell the difference. 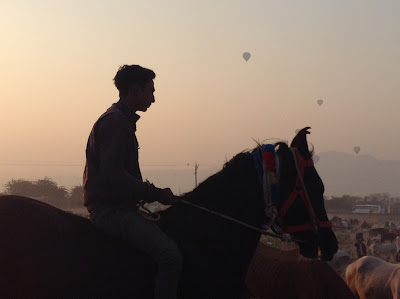 We went to the Camel Fair in Pushkar and it was amazing. Husband wasn't impressed because of all the dirt and Child 3 hated the smell. But here is a picture of me and Child 2 riding a camel and having a blast. You can tell who the adventurous people are in the family. Once on vacation Child 2 ate snails at a restaurant, just because she had never tried them. When we said hop up on that camel, she said OK! So we rode happily singing all the songs we know about bandits which is exactly one but has the awesome line "Give your ID card to the border guard, your alias says you're Captain Jean-Luc Picard of the United Federation of Planets, cause they don't speak English anyway." Don't we look like bandits? OK, fashionable bandits. 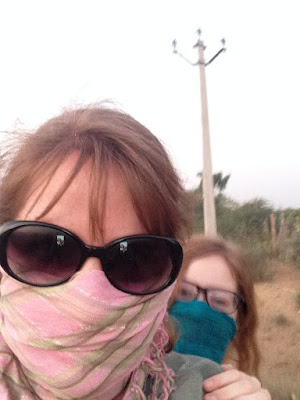 And this one is of a Bodo Pre-Christmas festival that Bentley invited us to attend. It was awesome, even though they made me try the dance, which was embarrassing but fun. 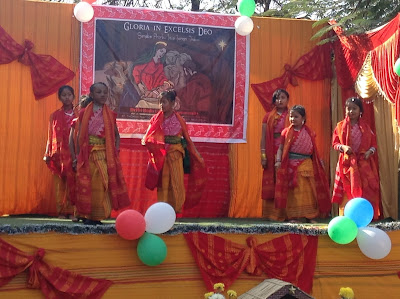 The other thing that happened is the Amcham Ball. Yes, another ball. I never thought I would ever go to so many balls! When I was a very little girl, my mother had a magic walk-in closet. OK, it wasn't magic, but it had ball gowns and silver shoes! My mother and father would dress up and go out to parties and the occasional ball and she would wear her hair up and I couldn't wait to grow up and go to balls. And then I grew up and had my own little girls and the only dress in my closet was denim and there was not a silver shoe to be see anywhere and sometimes when I wanted to dress up I would put on mascara and wear my clogs without socks. I know! So fancy.

So when we joined the Foreign Service and started going to the Marine Corps Ball every year, which generally doesn't involve the worst food poisoning I've had in years, I started collecting ball gowns. So now, I actually have choices! I have more than one gown! AND lots of sparkly shoes, although that didn't stop me from buying some peacock blue ones at the mall last week. And when the Amcham (American Chamber of Commerce) Ball popped up at the last minute, I actually had something to wear that fit and looked nice and wasn't denim. My life has changed so, so much. And you know what? Owning peacock blue sparkly shoes is better than a brownie, even if they make your feet hurt really super bad so that you can't dance more than one song which is a bonus if they keep playing things like "The Macarena." Balls are not what you think they are, or at least what I thought they were. Still, my shoes!