I was helping Child 1 find photos for a project and I came across this photo. 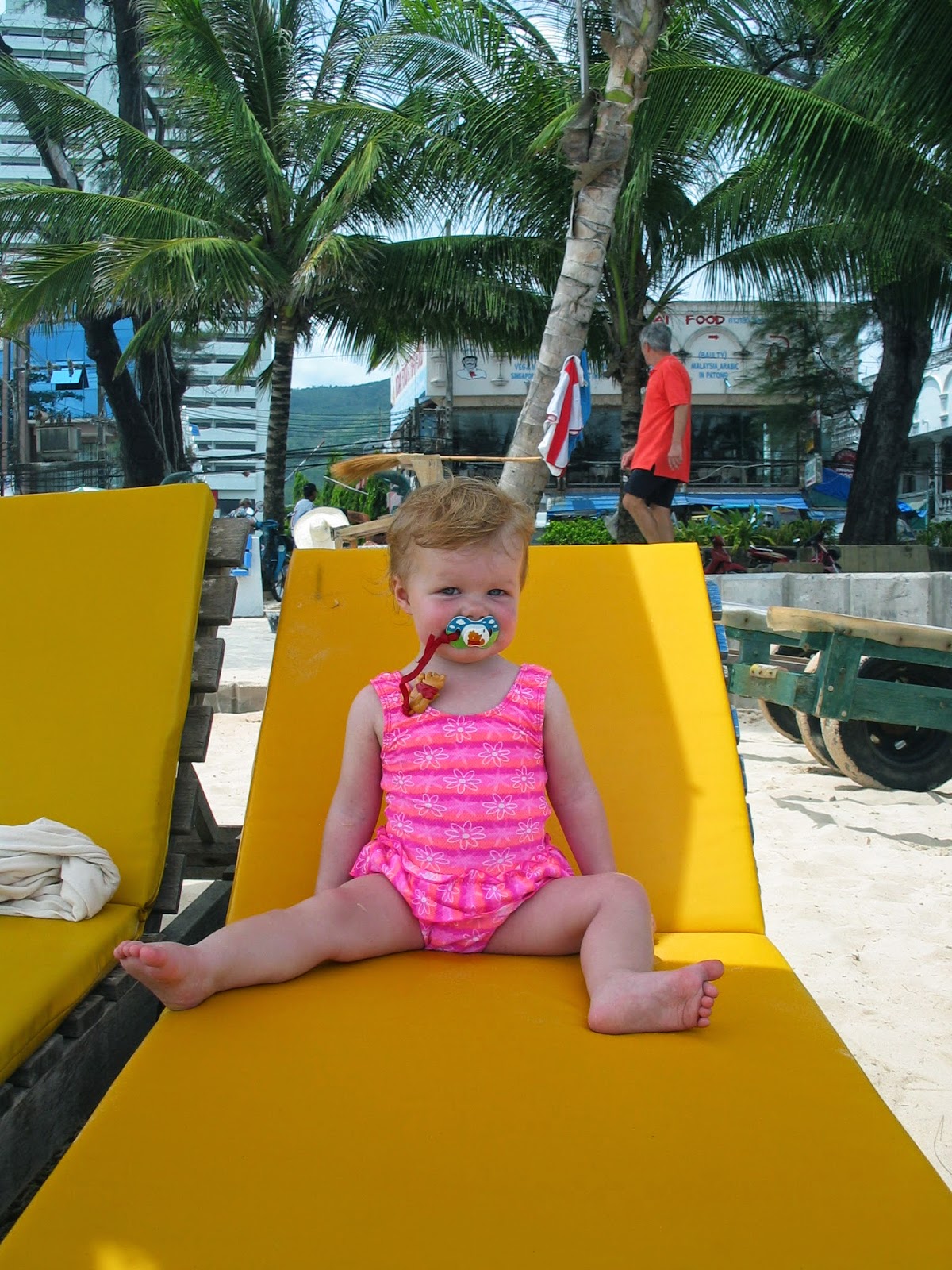 That is not Child 1 (it's Child 3.) However, that is Patong Beach in Phuket, Thailand. In 2004. It is perhaps one of my favorite baby pictures we've ever taken because she looks ready to take on the world and I loved that pink swimsuit and look how long her legs are even as a baby! But every time I see this photo, my heart stops a little, because I think what if.

The thing about Foreign Service Officers is that we have to take risks. We are required to leave our home country and travel overseas and live far away from family. Yes, it's awesome and glamorous and there are sometimes giraffes. (OK, only one time so far have there been giraffes.) But there are also houses that aren't built to any code whatsoever and crazy drivers backing up on the freeway during rush hour, and sometimes there are dangers that you can't plan for or protect your children from. And there in lies the what if problem.

In 2004, when I heard about the Tsunami, I didn't sleep for three days straight because of the what if. I could see the beach in my head and the McDonald's where we ate and the woman who sold me the sarong I still have and will never part with and the stall where I bought those cool blue sunglasses. And I imagined what it was like and I couldn't sleep. Not sleeping is a thing when I'm stressed. Some day maybe I will look at this photo and not hold my breath. But until then, I'll just focus on the Winnie the Pooh binkie which went with us everywhere. I miss being able to comfort the girls with a binkie and a hug. The hug still works, but no binkie will take the stress out of final exams.

Speaking of stress, apparently some people hold their breath while going through tunnels. The girls and I used to do this in Asia but only because the tunnels were freakishly long and we wanted to see if we could do it. Husband, who was driving, would sing out we're through! when we made it to the end. I didn't know this was a thing, but it is. And what happened next to this kid in Oregon is not better than a brownie. Yep. That is his crashed car. He held his breath so long that he passed out and crashed his car into oncoming traffic. Thankfully, no one was hurt. It's a good lesson. Sometimes, when something scares you, give in and scream. It requires oxygen so at least you'll breathe. You'll make your mom crash the car because you startled her, but hey, you'll feel better.