I have turned into a zombie again. I know I must be one of the undead because a) my eyes are bloodshot, 2) I have sores all over my feet, and also I can't feel my face. OK, the face thing is because I went to the dentist again and I hate the dentist and apparently my metabolism is so slow that Novocaine lasts for hours. Seriously, six hours later I was still numb and they gave me 25% less than last time which was so much that I missed Child 3's music concert because zombies are not welcome in public and I didn't want to be a drooling monster getting stoned by the masses and disrupting everything. Yes, vain, I know, but really Child 3 took one look at my zombie drooling face and asked if I was certain I wanted to go and when I said no, could I stay home instead, she kissed me. Middle schoolers. Sigh.

The sores on my feet are because an evil mosquito ate my ankle last night. I am going to find that thing and kill her. I hate mosquitoes  I'm almost ready to buy a net for our bed, but Husband doesn't like them. He used to complain all the time in China, but the thing is that mosquitoes never eat him--they always bite me instead. I feel like if I am the victim, I should have a say in whether or not there is a net. And I have to say that aesthetically speaking, they are really kind of ugly. See, you think they will be all romantic and look like this.

But in reality, that is a terrible mosquito net because it doesn't cover the whole bed and there are gaps the stupid bugs will find and sneak in and there is nothing worse than a mosquito trapped inside your net. The ones that actually work look like this.

I think that is actually the brand we had in China, lace and all, only ours was pink which made it even more objectionable to Husband. Plus, if you have to get up in the middle of the night, you have to zip yourself out and then back in and if you leave it unzipped because you object to the net, your wife gets bitten and then doesn't speak to you because she has to go work on the visa line with mosquito bites on her face like she has some awful disease. You know. Just speaking hypothetically.

So anyway, for my war with the mosquito, I ordered one of these from Amazon. 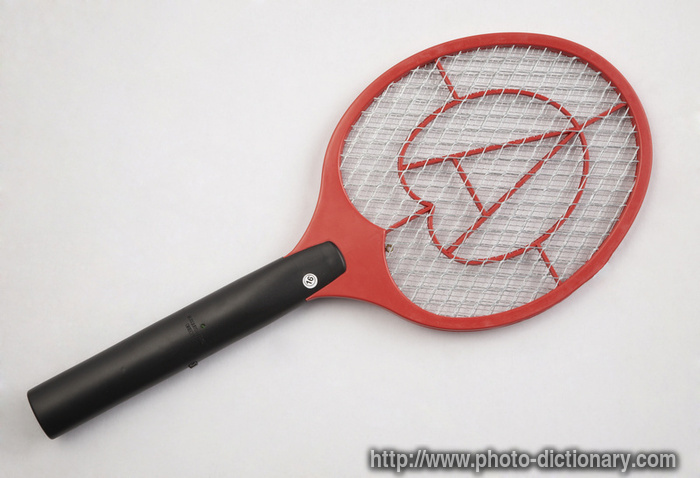 In case you haven't seen these before, it is a battery operated mosquito killer that emits a small electric charge when you push a button. So you hold down the button, swat at the mosquito, and it fries to death with a very satisfying pop. I loved ours in China so, so very much that I brought a bunch to our next post in Asia and they have all disappeared. They are legal, now, in the US, so I ordered one and when it gets here, those mosquitoes had better watch out. I am on the warpath and I will not be stopped!

So you know what is better than a brownie? Having your child graduate from high school. Child 1 is all done. Finished with elementary and secondary school forever. I couldn't be prouder of her. Only two more to go!