Building of the Lost

So I've worked at "Main State" for two years now and I finally thought I knew the building and could find my way around, and then I switched offices and it's in a completely different part of the building and I wander around lost all the time. I know that I am not the only one because someone in my new office mentioned to me that she found it very confusing. You see, it should be logical, but it's not because the stairwells are not all in the same place and some floors have a hole in them and some hallways are blocked off and some just dead-end to nowhere, and then there is this elevator and if you get off it on the wrong floor, you can't go anywhere but back where you came from. I think it is what happens when you have a bunch of liberal arts majors who are not builders or engineers deciding what goes where. It's a huge mess and today it almost defeated me.

I say almost because after 3 hours and about 500 miles, I finally got a new badge. I know, you are thinking that wasn't too bad at all! But then you may not know that I have been trying to get this badge for three weeks and the three hours was just today! I think it is easier to get a Chinese driver's license. I almost hate our badge office worse than the DMV, but not quite. It's actually not the badge people's fault--it is congress' fault. OK, not really, but someone should shoulder the blame for the unholy amount of bureaucracy that it takes to get something as simple as an ID badge. Here are some quotes from my almost wild goose chase.


There is another girl I ran into who was only on day one but she had been running around all day and she was about out of patience. I didn't have the heart to tell her that it was going to take a couple of more weeks. I think somewhere there is a Department employee wandering around the building lost and hungry for years and no one knows where he is and he can't ever leave because he doesn't have a badge!

Any guesses what these are? No? Really, no ideas? Yeah, me neither. 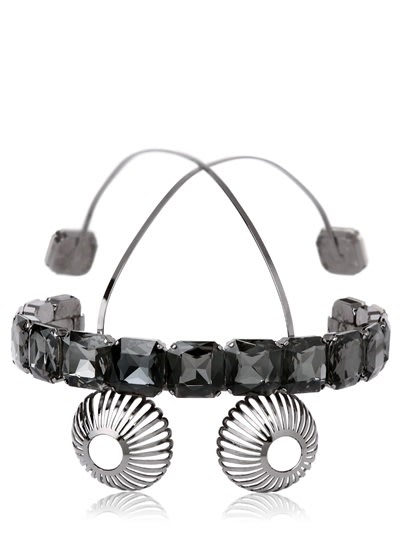 Apparently, they are sunglasses and they cost $1300. And no, no way are they better than a brownie. I have no idea how you even put them on and which part goes over your eyes. They frighten me, a little. Brownies do not frighten me. I miss them.