So I have homework again. And it is really awful stupid homework which I have already done more than once and one time was three years ago. See, Child 2 is taking AP government and is reading the Federalist Papers. Now, I love James Madison as much as anyone, especially because Dolley was just awesome. This is a woman who loves to accessorize, and also knows the value of a Gilbert Stuart portrait. I think I have those same pearls!

The problem with James Madison, though, is that he writes in 18th century academic English and he takes forever to get to the point. Seriously, Pres. Madison, could you just state at the beginning of each paper what your point is so I don't have to read the rest? Because I read them in college, and then again in grad school, and then again with Child 1. So now I'm really really hoping that we get overseas before Child 3 has to take AP American Government or I will lose my mind.

I have a question for you. Say you auditioned for a part in a play, or commercial, or whatever, and there were twice as many actors auditioning as there are parts. And say someone you know whom you believe is not as good of an actor as you also auditioned and they got a part and you didn't. Would you call up the director and ask why you didn't get the part when the other person did and complain that everyone said they were shocked that you didn't and bug the director until she wants to reach into the phone and strangle you and then you cry and say you were only trying to be "proactive"? No? Yeah, well someone in the Department thought that would be a spiffy kind of strategy and I had to sit on a phone call and reassure that fine officer that no, it wasn't personal, and perhaps another time they could get what they want. Except, I was lying. See, it wasn't personal when I made the decision, (and no, Child 2, the Department does not put on plays, I'm just not saying what the thing really was that I was deciding) but it sure as heck is personal now because that was not a fun phone call and I didn't enjoy it one bit. It was the kind of phone call where when you hang up, everyone in earshot says oh my goodness what was that about!

I explained very carefully to the officer that many times in the Foreign Service you will not get what you want and it is not a good idea to call people up and badger them about why. I also suggested that perhaps before making such a call, it would be a good idea to run that by your supervisor. Sometimes supervisors will head you off from committing career suicide before you reach the cliff. But in this case, the officer did talk to the supervisor who promised to call me and try to make me change my mind and then never did. It wouldn't have worked anyway, because as the children will tell you, once I make up my mind, I do not change it and whining never ever works. Ever. Really. Never ever. Sometimes I would look at the whining child and ask if she was whining. She would say yes. Then I would ask if that ever worked. And she would say no. Then I'd say well why are you still whining! This strategy occasionally worked. Sometimes I would also say talk in a big girl voice because I don't speak whining. And then I would ignore the whining until it stopped. I have said for years that being a Mom makes me a better Foreign Service Officer because it taught me how to say no firmly but nicely. To be fair, I haven't had to use those lines on the children in years. And I suppose it's a human reaction to want to know why something didn't go the way you wanted it to. But it is not a good idea to whine about it to anyone but your closest friends. Or people who read your blog. It's OK to complain to them. But not the decision makers. Not ever. And also, I got to decide something!

You know what is better than a brownie? A dog being rescued by a manatee. No, really. That is a dog trying to climb out of a river, and that is the manatee who guarded him all night. 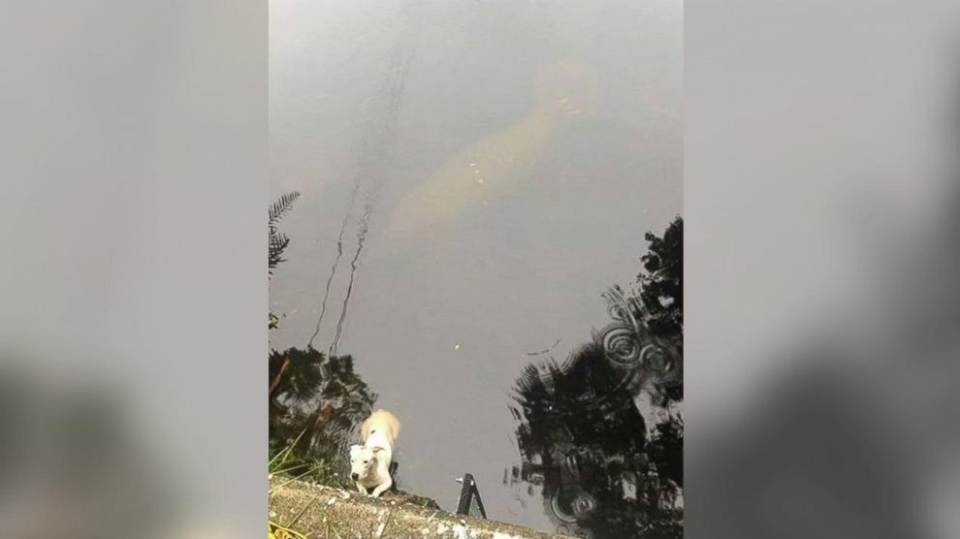 A little humanity shown by non-humans is just what I needed today. However, if that were The Dog, she would have tried to eat the manatee. Do manatees taste better than shoes? We will never know.