Does, some deer, some female deer

Song lyrics courtesy of Child 2 who started singing that after we saw two female deer on our way to the outlets for some Black Friday shopping. We got there before 8, which was the time to go because it was empty. The mall had been open since midnight and all the furious shoppers were gone and the inexperienced ones hadn't arrived yet, so we cleaned up. In and out in a flash, skipping the stores with long lines, and we had a ball. I got a lot of Christmas shopping done, the children were happy, and we were home a little after lunch. It was fabulous. We did spend some money, but not nearly as much as in previous years, so we feel pretty virtuous. And we have some left over to spend on Small Business Saturday tomorrow, which we might walk to if the weather's nice because there are some good shops right down the street and I could use all the exercise after all the food I ate.

It's hard to blog tonight because there is this going on in my bedroom.

Why is the rum gone!? We were trying to find a Christmas movie to watch together, but we got distracted by Pirates so we're watching that instead. And now we're all wishing we were in the Caribbean at the moment because it is really, really cold outside and there are no palm trees. Child 2 just said she is not wishing she was in the Caribbean and I said that I'm the Mom and it's my blog and I can write whatever I want. Child 3 is with me, though. She just asked if we could go on a Disney cruise someday and I said that would be a lot of fun. But we can only go when there will be no thunderstorms or hurricanes or pirates, really.  So that limits our itinerary a bit. Also  we can't afford a cruise because we just bought a bunch of clothes, so not this year. Just kidding, Husband, we didn't spend that much at the mall.

I forgot to blog about the sweet check-out girl at the organic grocery store who congratulated me on going gluten-free when I was buying bread to make stuffing. I told her I didn't feel like I had won a prize and she said but did I really want to be eating all those unhealthy foods? And I said yes, yes I did and I would in a second if they didn't make me sick. I suspect these scones are not better than a brownie, but I'm willing to give them a shot. 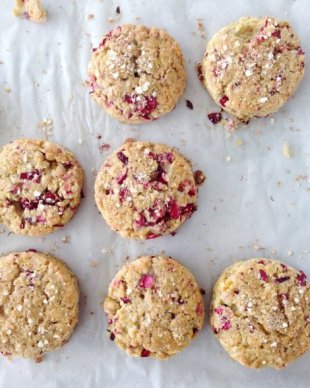 The problem, okay some of the problems with gluten-free foods is that they taste healthy. Also, they are full of calories and are way more expensive. Ever priced gluten-free vs. regular flour? Or a box of gluten free cookies which taste awful anyway and are $8 for a dozen vs Oreos which are around $3? But I'll keep trying because this is my life now--eating less delicious and maybe marginally more healthy food because it won't make me double over in pain or break out in spots. Congratulations to me! So not excited by quinoa scones.